Based on personal recollections and parish archives, fishing as an activity has existed for two centuries – a span of time that goes from sailing by wind power to the use of WhatsApp. In the event that the wind shifts North and fishing boats are forced to seek refuge in the Brucoli canal, boats must convey real-time videos of their tuna haul to the Ministry in charge of the fish trade, and await confirmation if the tally is within the assigned quota. 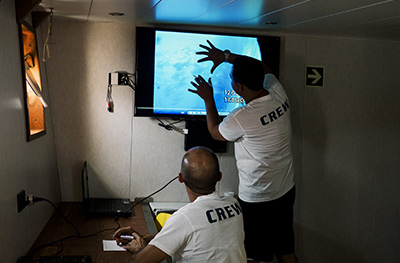 «No Internet, no fishing».
Before the quota system that has contributed to saving the red tuna from possible extinction, the core work was physical. Today, it is 30% physical exertion and 70% following fishing protocols, throughout the season from 26 May to 24 June for sighting and catching red tune in the Tyrrhenian sea, waiting for tugboats to tow the breeding tanks and transferring the tuna. We can say that there are three main stakeholders when catching red tuna with purse seine nets that filter out fish weighing under 30kg – the crew, the ICCAT (International Commission for the Conservation of Atlantic Tunas) observer on board, and the Ministry for Agriculture, Food, Forestry and Tourism. Nothing can proceed without the unanimous agreement among the three parties. This can take place at any time of the day. If the tuna haul needs to be communicated in the middle of the night, there will be someone on the line to record the information. The possibility to send film footage has become as important as having wind in the sails in the past. In addition, thanks to GPS, each tack and gybe of the Atlante can be viewed on the Testa website.

4 minutes from the sea to -70°. Time is measured in minutes and four is the number – all it takes to bring a fish from its breeding tank, where it feeds exclusively on oily fish to guarantee the highest quality for sashimi, to the butchery and to be frozen to -70 degrees. 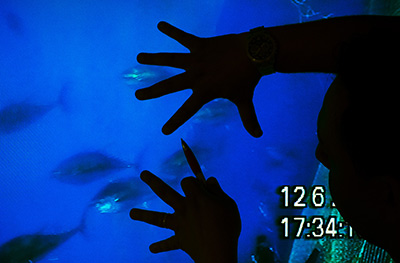 Every minute counts and with four minutes we guarantee the freshness of a superior product, completely devoid of bacterial growth. You get what you freeze. The higher the fish quality, the better its properties are preserved.
After 24 hours, the temperature is brought to -60 degrees, then -40 degrees when the fish is ready for delivery to be transformed into Testa preserves.