A great family of fishermen

For more than 200 years, the Testa family has been plying the seas of Sicily with its boats in search of bluefish and bluefin tuna. An ancient tradition made up of tenacity and hard work, dedication and the ability to scan the future as well as the horizon, in which experience and passion are passed on from generation to generation.

A history linked to the large port of Ognina, the ancient port of Ulysses, which in the 14th century – following an impressive eruption – became a small harbour from which the Testa family have always put their boats out to sea, with the blessing of the Madonna of the “fishing village”, “A ‘Bammina“, a statue consecrated at the end of the 17th century that is carried every year in procession out to sea. It is a heartfelt feast that sees the Testa family on the celebrations committee.

There are traces of the Testa family and its history – as well as the personal memories of each of its members – in the parish archives: this means that the fishing activity spans a period of time that goes from sailing to the use of the most modern technologies, from the time when boats were forced to go south to find refuge in the Brucoli canal, to the obligation to send films in real time – using the Internet – to be authorised to proceed with tuna fishing.

It was not until the 1950s that the first motor boats arrived and, at the turn of the 1970s and 1980s, tuna fishing was added to bluefish fishing. With the advent of the new millennium, the large steel boats took off, marine research campaigns began and the family was assigned quotas for bluefin tuna fishing. In 2017, the cycle came to a close with the launch of Testa Conserve, which makes it possible to work on the entire supply chain and arrive directly on tables with an excellent catch and an elegant pack inspired by the Sicilian Art Nouveau style.

Love for the
the sea in a great Sicilian story 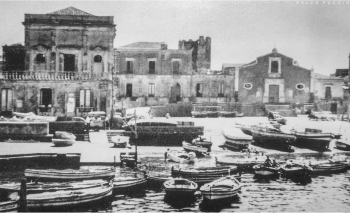 The statue of the 'Bedda Matri di Ognina' is consecrated, and every year - with a celebration organised by a committee of which the Testa family is a member - it is carried in procession out to sea.

Parish archives and personal recollections place the start of the family's fishing activity around this date. 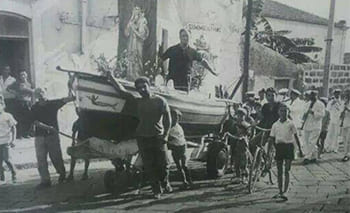 It was the year of the first motorboat: Buttafuoco, followed by Ulisse, Santopadre and Gabbiano. 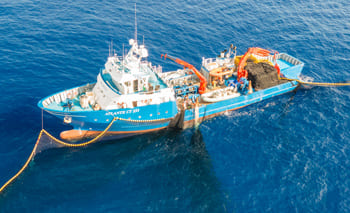 The 42-metre steel Atlas is launched. 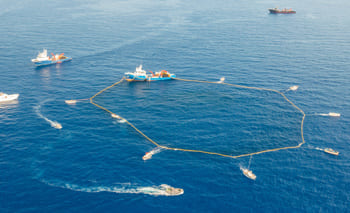 The Testa family is allocated ICCAT quotas - the world organisation that protects the species - for catching bluefin tuna.

Testa Conserve is born, in the sign of high quality, to bring to the table all the good things of our sea with an elegant pack - inspired by the Sicilian Liberty style - and plastic free.

Surf with us in real time

The story of the Testa family is reminiscent of the fishermen in Giovanni Verga’s famous novel I Malavoglia, published in 1881. But it is always reality that inspires literature: the Testa family’s fishing tradition dates back at least two centuries and takes place in the charming little port of Ognina, in the heart of Catania.
Via Testa still exists in the small village today, bearing witness to the

deep roots of the family and successive generations, exchanging the baton and respecting the custom of giving sons four repeated names: Salvatore, Giuseppe, Concetto and Antonino. In the family’s centuries-long history, there is also room for Agata, a woman of strong character who, as a widow, took on the role of head of the family.